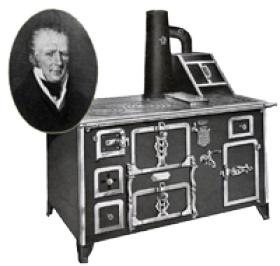 Deeply connected to its roots in metalworking dating back to the Middle Ages, the Duke of Burgundy built a foundry in the village of Lacanche, given its generous geographical advantages to iron and water. In 1763, local landowner Jean-Baptiste de Richard de Curtil constructed a blast furnace in the same village, enduring until the French Revolution.

A few years later, Jacques-Etienne Caumartin continued the work and development of metalworking in the village, until Ferdinand Coste and his family contributed to the enhanced industrial development of the village in the 19th and 20th centuries. At a time when celebrated French chefs Marie-Antoine Carême and August Escoffier were revolutionizing the realm of haute cuisine and gastronomy, the small village of Lacanche became renowned for its culinary equipment, distinctively combining elegance and efficiency, and drawing international acclaim.

As a family owned business, Lacanche honors its rich heritage and culturally significant past, while celebrating its innate French heritage of innovation, quality, respect for people and environment, into each handcrafted Range.

The Lacanche Range Cookers are appreciated on five continents and still build on the same site.